Lviv National Medical University named after Daniel Galician founded in 1784. It is one of the largest and oldest medical universities in Ukraine.

January 20, 1661 King Jan Kazimierz transformed the Jesuit college in Lviv Academy by assigning to it the title of the University , consisting of four faculties : theology, law, philosophy and medicine. However, a full medical school until the closing of the University in 1773 has not been established .

October 21, 1784 Emperor Joseph II of Austria signed a patent for the restoration of Lviv University , consisting of four faculties. November 16, 1784  was read the first inaugural lecture for students. From that day Lviv National Medical University was named after Daniel Galitsky.
November 8, 1853 by Austrian Emperor Franz Joseph I  was opened pharmaceutical department . In 1925, the pharmaceutical department was abolished and reinstated in 1930 at the Faculty of Medicine .

In 1939 ,  Lviv University was reorganized in Lviv State Medical University with two faculties – medical and pharmaceutical .

Today LNMU – is a modern multi- educational institution with a powerful material and technical base, which includes 14 academic buildings, 41 clinical database , training and industrial pharmacy, student dental clinic. Clinical departments of the University are located on the base of regional, city , railway hospitals, the military hospital, Clinical Hospital of the State Border Service of Ukraine , Lviv, clinics and medical service centers in the city. Branches of the Faculty of Postgraduate Education at the University are also situated in citys Rivne, Lutsk and Truskavets. Departments are equipped with modern medical and diagnostic equipment .

Foundation of the University Library has over 540,000 books of scientific literature from different medical and pharmacy specialtys. The library has a modern computer equipment . It connects to the Internet with other research libraries of the city and provides the latest medical information and literature for teachers and students. The University has a computer and Internet classes . The University also operates the Botanical Garden of Lviv Medical University.

The University Graduate School operates with 32 specialties and doctorate from 6 specialties.

There are about 1,100 scientists 114 doctors and more than 600 candidates , including 95 professors , 387 associate professors , 680  professor`s assistants who work in 79 departments in the Institute of Clinical Pathology, Central Research Laboratory and the Laboratory of Industrial Toxicology at the University . There are 28 academicians, 8 correspondents from different academies, 9 Honored Scientists of Science and Technology , 8 Distinguished Educators , 10 Honored Doctors of Ukraine , 8 winners of the State Prize of Ukraine in Science and Technology among them. 300 candidates of Science degree and a Ph.D. candidate, 50 master’s degrees, 70 graduate students, about 600 members of the student scientific society.

Training of foreign students at the University began in 1961. Since that time, more than 2,000 people from Europe, Asia, Africa and America have been graduated from our university and work bas doctors around the world .

Foreign students prefer LNMU because we can guarantee a high standard of education that foreigners can get into the University. Also wee have improved living conditions in hostels and restrooms . Recent years the number of foreign students was increase. The number of foreign students in university consistently ranked among the higher educational institutions of the city. The teaching of medicine, dentistry and pharmacy for foreigners going in three languages – Ukrainian , English or Russian. From 1997studying process is going in English. Today, about 200 foreign students studying in English. Students learn Ukrainian language at the preparatory department. Also, except of language training , students are offered preparatory courses to improve their knowledge of biology , chemistry and physics. After passing the final examination students preparatory courses receive state certificates and can be enrolled in the first year of their chosen faculty of Lviv National Medical University , as well as any other educational institution in Ukraine .

The faculty of the postgraduate education was established in 1955. It has three departments: the internship  (of the primary specialization), the department of the professional development and retraining of specialists and the sell-accounting department.

The main targets of our faculty are:

• primary specialization of graduates of higher pharmacy educational medical institutions of the III and IV accreditation levels during the internship;

• getting the Master`s degree of doctors or pharmaceutists of the educational-qualification level of specialist during the internship;

• retraining of doctors and pharmacists with awarding the title of doctor and pharmacist– specialist who have the second specialty (secondary specialization);

• increase of doctors’ and pharmacists’ qualification;

• probation of doctors and pharmacists who had a break their practice;

• giving help to health`s institutions with protection in their efforts to provide a continuous postgraduate education.

Faculty departments gathered 17 scientific directions and specialties of medicine and pharmaceutics and 14 of them have their own scientific schools that have already prepared 52 Doctors and 229 Candidates of Sciences.

The scientific developments work together with foreign partners.

The students’ hostels are located near theuniversities buildings. Students can be accommodated in 8 hostels with everything needed for studying and full-equipped rooms. There are also internet clubs and reading rooms, canteens, cafes, the sewing and footwear work-shops, the barber’s and the laundry open and gyms.

We welcome you to study in Lviv National Medical University.

Faculty Of Under Graduate Education

Faculty departments combine 17 scientific directions and specialties of medicine and pharmaceutics. 14 of them have their own scientific-educational schools that have prepared 52 Doctors and 229 Candidates of Sciences.

The department staff is working upon scientific developments together with foreign partners. 8 scientific-educational faculty workers are members of international associations and societies and their executive committees, 14 – of European ones. Seven scientific workers are full members of New-York academy of sciences.

Fees ($ US per one Academic Year)

The faculty of the postgraduate education was organized in 1955.

Ukraine is a country that falls in the European continent. END_OF_DOCUMENT_TOKEN_TO_BE_REPLACED

Dear Applicants! In order to enter Ukraine for studying, each END_OF_DOCUMENT_TOKEN_TO_BE_REPLACED

The Ukrainian government makes sure that a Ukrainian Medical University END_OF_DOCUMENT_TOKEN_TO_BE_REPLACED

The Chinese Almanac, also known as the Tung Shu, is END_OF_DOCUMENT_TOKEN_TO_BE_REPLACED

The theory of evolution is false.  It is simply not END_OF_DOCUMENT_TOKEN_TO_BE_REPLACED 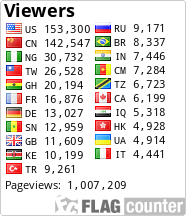